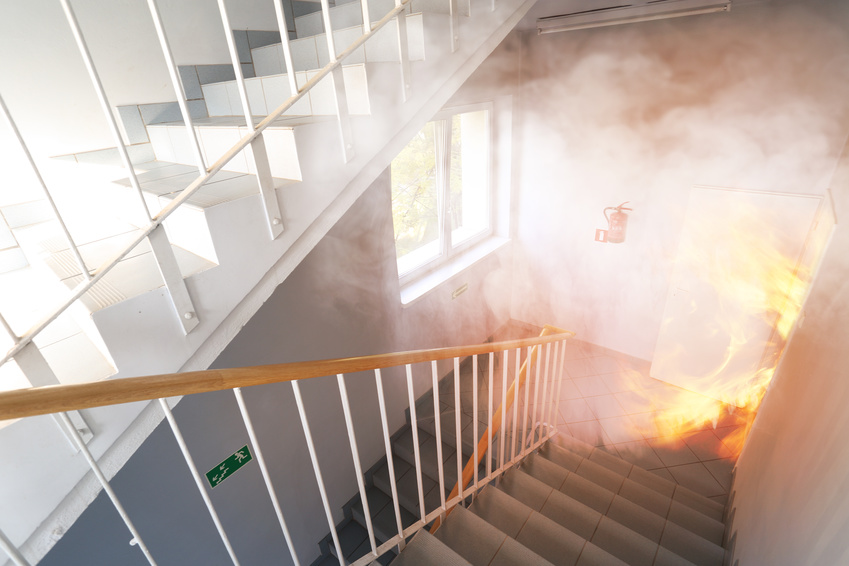 No two emergencies are ever the same. So it goes with seasons. Winter is a season fraught with hazards of its own. Dangers and emergencies change during the winter season and we have to be ready to adapt to them.

Properly developed emergency protocol should call every potential aspect of an emergency into question, including the seasons. What precautions should you be taking to bolster your own emergency preparations as the temperatures get colder?

One of the places evacuation chairs, handicap escape chairs, and the like are needed during the winter is to address slip and fall injuries. Much more common in the winter, people tracking snow, water, and slush indoors is incredibly hazardous. It’s difficult to see and more difficult to keep track of, so the risk of indoor injury increases with the winter season. Of course, this applies to people both with and without disabilities.

This segues into the following point, but winter time calls for alternative escape plans. Emergency escape rendezvous areas need to change with the seasons. In fact, not even just seasonally. Your evacuation protocol should have backup places in the case that the main escape point is unavailable during an emergency.

Emergencies Don’t Care About The Season

NFPA 101, Life Safety Code requires that workplaces, healthcare facilities, and other occupied buildings have comprehensive evacuation plans that easily accessible and routinely scheduled drills. This includes in the winter time. Just because it’s easier to go outside during a drill in the summer doesn’t mean that logic applies to the winter. Do you have an evacuation plan in place for when the outdoor temperature is 15 degrees below zero? Outside won’t help much then. Integrate seasonal planning into your evacuation protocol because emergencies do not differentiate seasons.

Now it’s not so difficult to see that there’s an innate difference from evacuation chair protocol in the summer versus the winter. Or any protocol for that matter. These details and countless more are of utmost importance when planning, revamping and practicing emergency evacuation protocol. From the equipment you have in your building down to the very routes you’ve developed for evacuation, winter is just one external detail that your vigilance needs to heed.

People With Disabilities and Hurricanes: 3 Things You Didn’t Know About Evacuations

Keeping Your Head And Leading Effectively In An Emergency